The featured exhibit runs July 1-31, 2022 in Metro Gallery in the Garneau Theatre lobby.

Artist Statement
Lisi and Gwen’s joint art installation is the centre of the exhibit, which also features some new pieces their parents have created responding to their lines, subject matter, materials and process.

Gwendolyn Turner, Annalisa Hartfeil-Richards & Co., or Lisi and Gwen, are friends and their parents make art, music, film, and culture as their primary occupation. Lisi is a 4-year-old who creates maps and bug drawings as well as papier-mache witches and egg salad sandwiches. Gwen is 3 and interested in drawing snakes, sidewalks and monsters.

Metro Cinema offers Edmonton unique cinematic experiences that engage, entertain, and educate. We invite artists working in any aspect of visual arts—two dimensional, three dimensional, or video—to submit their work to our gallery for consideration. The Metro Gallery is located in the lobby of the historic Garneau Theatre and has multiple areas for displaying art: 2 10ft-wide wall spaces, an enclosed display case, and a projector and lobby screen. Submissions may include the use of any or all of these areas.

Metro Cinema will provide a $100.00 honorarium and Metro movie passes to each monthly artist, and offers the opportunity for artists to sell their work during their exhibition. Work accepted will generally be programmed for a one-month period and scheduled to mutual satisfaction with selected artists.

All requirements must be submitted digitally (i.e. Images sent in JPEG format, word documents sent in PDF format, etc.) and should be labeled accordingly.

Submissions accepted year round. For more information and to submit your work, e-mail t.rechner@metrocinema.org. 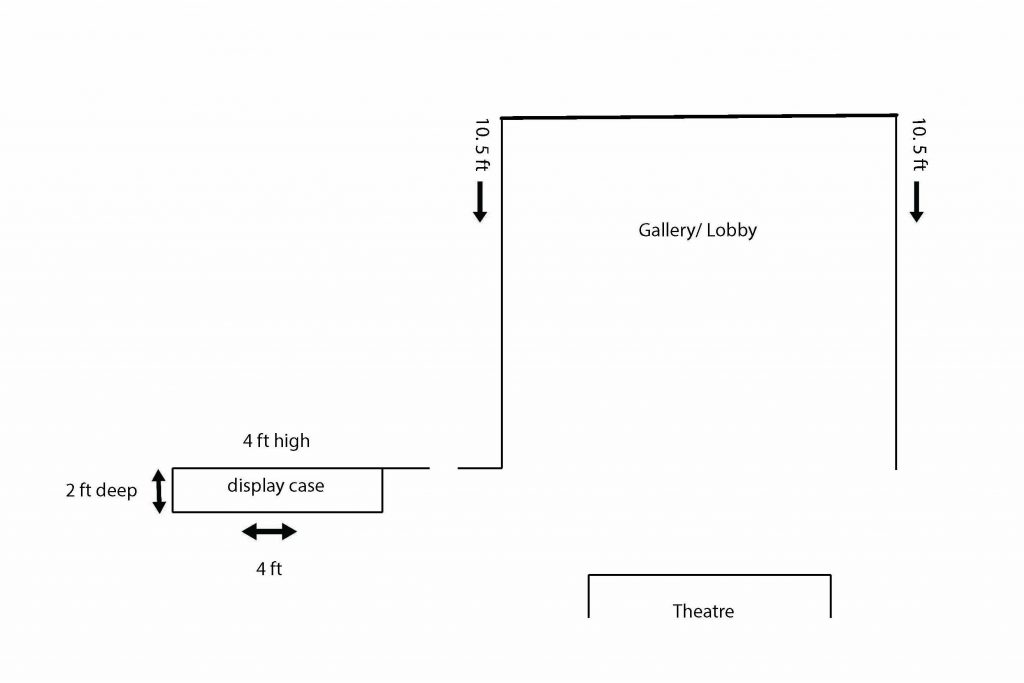 Metro Cinema Film Society is looking for people excited to be on its Board of Directors!
Metro Cinema is a community-based not-for-profit society devoted to creating and fostering opportunities for the exhibition of diverse, unique shared viewing experiences in Edmonton.
Metro’s governing board is responsible for setting the strategic direction of the organization, developing its vision and strategic goals, and overseeing the work of the executive director.
Every board member is expected to, at minimum, hold an executive position or chair at least one committee. Current committees include Programming, Fundraising, Volunteering, Facility Maintenance, Policy, and Recruiting. Board members are required to attend monthly board meetings, regular committee meetings, and special events at the theatre. Board members are also expected to help with Metro’s fundraising initiatives. Board membership is a volunteer position but comes with perks such as free entry to most of our screenings.
Metro’s board is currently looking for people with skill sets in the following areas:
Previous board or governance experience is an asset.
Metro Cinema recognizes the importance of Diversity, Equity, and Inclusion. We aim to recruit and maintain a board of directors with a diverse mix of expertise, experience, skills, and backgrounds. When recruiting for board composition, we will consider applicants on merit while giving due consideration to recruit candidates from diverse backgrounds including, but not limited to, race, ethnicity, gender, gender identity, sexual orientation, age, physical ability or attributes, religious or ethical values system, national origin, neurodiversity, and any protected characteristic. People from under-represented or marginalized communities are especially encouraged to self-identify.
If you are interested in serving on Metro’s board, please submit a statement of interest to the Executive Director (info@metrocinema.org) by June 15th. If you have any questions, we will be happy to give you a call. Please include a phone number with a statement about why you want to be on the board and what skills and experience you can bring to Metro.

The featured exhibit runs June 1-30, 2022 in Metro Gallery in the Garneau Theatre lobby.

Artist Statement
I began this series when we were all holed up at home early in the pandemic. In viewing my drawings more recently, I began to contemplate the concept of home in our increasingly unstable and unequal world. The word “home” most often brings to mind images of comfort, safety and ease, as it should. It is a basic need of life, but has it become a privilege? More than ever in today’s world, “home” can be precarious – domestic violence, financial insecurity, war, persecution, natural and man-made disasters – all threaten and destroy homes. How do we define and re-create home when it has been taken from us?

Marlena Wyman is an Edmonton artist whose main creative focus is women’s history, inspired by her long-time work in the heritage community. She has exhibited across Canada and is a co-founder of Urban Sketchers Edmonton. Her work can be seen here and here.

The featured exhibit runs May 1-31, 2022 in Metro Gallery in the Garneau Theatre lobby.

There is a fascination with the many shells of the world. From layers below, through the thin layers we occupy to the strata of the sky and space, the myriad of energy and matter and the intricate play of the many systems may be harnessed for our benefit. We can see how forces affect other forces and yet many more interactions will never be discovered by anyone, ever. A cruise along the highway may seem innocuous enough but on other levels it means irreversible disruption for who knows what. It may not a good idea to dwell on this as it may drive one to distraction and oblivion. On the other hand, it may be fine to speculate on this to mentally live adventure to the furthest and limitless spheres of revelation.

Will Truchon gained a Bachelor of Fine Art at the University of Manitoba (1992), a Master of Fine Art from the Ohio State University (1995) and a Master of Architecture from the University of Calgary (2011). He has held a variety of positions as a gallery technician, ceramic technician and art instructor. Among his other artistic interests are life-long passions for architecture, industrial and graphic design, film, music and general diversion. As an artist, Will works in several mediums not limited to ceramics, painting, multi-media sculpture and photography.

The featured exhibit runs April 1-30, 2022 in Metro Gallery in the Garneau Theatre lobby.

A Smokin’ 50 is a series of pop portraits celebrating some of the most influential people of the early 20th century. The thespians and artists chosen for this project were born between 1880 and 1930: within 50 years of each other. Created with palette knives, these artworks depict stars from the golden age of cinema, and some of the most renowned visual artists of that era.

Gabriela Rosende is a Chilean born, Canadian artist working from Edmonton. Her artwork is predominantly autobiographical, feminist, intersectional, and project-based. Artworks for this exhibit were created specifically for the location.

The featured exhibit runs March 1-31, 2022 in Metro Gallery in the Garneau Theatre lobby.

RESONANCE
: the enhancement of an atomic nuclear, or particle reaction, or a scattering event by excitation of internal motion in the system.

These works toy with emotions, and how they resonate outside ones self . We have the ability to change atmospheres.

Darren Woluschuk was born in Edmonton, Alberta, and has been painting and drawing for over 30 years. Most of his work is mixed media. Visit his website here.

“When I was your age, television was called books…”

The stories that books tell have played a large and important role in many children’s lives, captivating their imaginations and thrilling their senses. But who says that only they can appreciate a good story(book)? This Family Day, Metro invites children and adults alike to come enjoy storytime with two very special cinema books: THE PRINCESS BRIDE and THE NEVERENDING STORY.

In honour of Black History Month, Metro Cinema is pleased to present this free curated program of Canadian shorts. Featuring three documentaries, two poetry films, and spanning four decades, this collection only touches on the true diversity of the black diaspora across the Canadian landscape. From the early black loyalist settlers in Shelburne, Nova Scotia, to the recently displaced family of Nasra’s SHEA, these films are tied through their depictions of vibrant and resilient communities, and characterized by a profound sense of interconnection.

Synopsis: Over the course of a decade Brooks, Alberta, transformed from a socially conservative, primarily white town to one of the most diverse places in Canada as immigrants and refugees flocked to find jobs at the Lakeside Packers slaughterhouse. This film is a portrait of those people working together and adapting to change through the first-ever strike at Lakeside.

24 Days in Brooks, Dana Inkster, provided by the National Film Board of Canada

Synopsis : BLACK MOTHER BLACK DAUGHTER explores the lives and experiences of black women in Nova Scotia, their contributions to the home, the church and the community and the strengths they pass on to their daughters.

Synopsis: A family displaced by greed searches for a new home in a foreign place. As they explore they discover pieces of themselves; old and new. SHEA celebrates what has always remained in Black/African peoples, an innate sense of home, luxury and interconnectedness.

Synopsis: SISTER SORROW is a poem by Dwennimmen, filmed by pepper’d founders (Daliso Mwanza and Salem Zurch). This interdisciplinary poetry film was shot for the 2020 Found Festival. The project brought together elements of poetry film and music (composed by Biboye Onanuga).

Synopsis: WE REMEMBER AMBER VALLEY is a documentary about the settling of the community of Amber Valley. In 1909, a group of 160 African American settlers led by Parson H. Sneed, a clergyman and mason settled the community. Amber Valley is about 100 miles north of Edmonton on the Athabasca River.

Did you know that some of the programming at Metro Cinema is done by community members? Every year we open up a call for submissions to the public where patrons can send us their curated ideas for screenings (it can be anything from a double bill, to an event, to a monthly series), and then our programming committee deliberates and narrows it down to a select few that we show throughout the year.

This month we present “Raquel Welch, I Presume?”, a double bill curated by Allan Mott.

Allan Mott is a professional writer and film lover whose published works includes Scary Movies, an examination of six of his favourite horror films. His online film writing includes pieces for XOJaneUK, The Pulp YEG, One Perfect Shot, Flick Attack, and Canuxploitation, while his more personal work can be found on his own site, VanityFear.com. In 2014, he found out a friend of his got a part-time gig as Raquel Welch’s personal assistant and he kinda freaked out a little. His friend told Raquel about the freak out and she tweeted him from her account the next day. He’s still not over it.

Curatorial Statement:
“Raquel Welch was a sex symbol who couldn’t hide her ambivalence—doing her best work playing beautiful women dealing with attention they never asked for. Her desire to be taken seriously was taken by many as a betrayal of the role society assigned to her. This double bill is dedicated to showing what could have been if filmmakers, critics, and audiences saw beyond her famous curves and actually listened to what she had to say. (Plus, there will be some fun musical numbers before each movie from her 1970 “million dollar” TV special, Raquel!)”