In August 1990, a record store opened on Yonge St. that quickly began serving the needs of college radio and DJs who spun new sounds far from the mainstream. Through the contagious work ethic and guidance of founder Eugene Tam, organically it became the hub for “Dance” music and the genres which emerged from under that umbrella, fueling and fostering Hip-Hop and Electronic culture. Today its impact today on Toronto and by extension Canada is without question. This is the story of Play De Record. 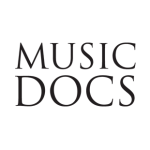 With a live music preshow by Djs Briayahuasca and Thug Shells. Music at 6:15PM. Film at 7PM.