In her latest film, celebrated Abenaki director Alanis Obomsawin tells the story of Jordan River Anderson, and how as a result of his short life, thousands of First Nations children today receive the same standard of social, health, and education services as the rest of the Canadian population. Because of Jordan’s Indian status, a dispute arose between the governments of Canada and Manitoba over who was responsible for his care, and Jordan did not receive the appropriate home-based assistance that would have allowed him to end his life in his own community. Director Alanis Obomsawin and Deanna Wolf Ear from the First Nations Health Consortium in attendance for a post-screening discussion. 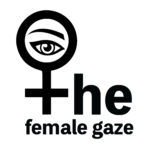