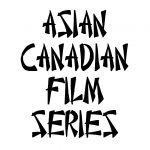 In the three years since the series has premiered, Canadian film has continued to develop and become more diverse. The 2019 Asian-Canadian Film Series presents films that were all created by Asian-Canadians from across the country. Though some strides have been made, Asians in general are still drastically underrepresented on the screen, and this series is an ongoing attempt to change that.