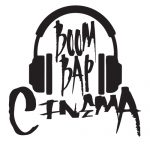 Boom Bap Cinema chronicles the genesis and subsequent rise of Hip Hop, from its humble origins in the Bronx to its current dominance of pop culture. The series attempts to capture pivotal cinematic moments in the history of Hip Hop, emphasizing the four elements: turntablism, graffiti art, breakdancing and emceeing. Film titles range from the essentials to forgotten gems and cult classics, illustrating a chronological, diverse and comprehensive look at the most vital genre in popular music today.

Ramneek Tung is an adjudicator, with a degree in Psychology. A self-professed nerd, obsessed with Professional Wrestling, Bhangra, Hip Hop, and Film, Tung is excited to amalgamate two of his great loves with Boom Bap Cinema at Metro.

And if you want to hear more from Ramneek, be sure to check out his radio program the 5 River Beat, offering the best in Punjabi music and rants on professional wrestling, every Thursday at 8 pm on CJSR 88.5 FM and CJSR.com.