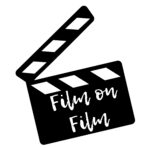 Who the curator is: Kyle Armstrong is a writer/director and a former president of Metro Cinema. His most recent film Hands That Bind is a slow burning prairie gothic tale featuring Paul Sparks, Bruce Dern, and Will Oldham, to be released by Mongrel Media in 2022. He lives in Edmonton with his partner and three kids.

Why Kyle curated this series: “I’ve always been fascinated by movies that peel away the layers of what it takes to make a film, but are themselves films. Film on Film compiles some of these favourite films, all told from different perspectives. The process of making a film is daunting and filled with peril; writer’s block, difficult divas, jammed cameras, greedy agents, disastrous weather, and grumbling crew to name a few, and there’s never enough money. In other words, perfect meta fodder to throw on the big screen”.