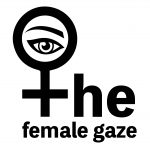 Inspired by films viewed at film festivals, on the big screen and/or recently released, The Female Gaze at Metro Cinema is a collection of films that were directed and/or female-led by women. It’s a co-curated program of an eclectic array of films made by women to celebrate International Women’s Day 2020 screening over six days. The diversity of genres and magnitude include Oscar nominated films to hidden gems you’ve not seen before. All of the films embody the theoretical term the “female  gaze” in that they are unique stories told with the moving image possessing female-centric vulnerability, sensitivity and power.

Curated by award-winning filmmaker Geraldine Carr (Aurora, Sweet Sixteen, Voila!  Maud Mary & the Titanic, Dance of the Kaleidoscope, Love-god Lying), who has a passion for story, cinema, and the creative process. Geraldine is an alumni of the Women in the Director’s Chair (2010 & 2016), and is a graduate of the Film Production Program at Confederation College.