Watch this space for new additions to the series.

Working Hard, Hardly Working is a film series about working, not working, and trying to find work. Bringing together representations of factory labour, white-collar work, sex work, domestic labour, extralegal work, and films about layoffs and unemployment, this series explores the changing condition of working life as it has been reflected in cinema in the late-20th and early-21st centuries. Curated by Shama Rangwala & Beth Capper. 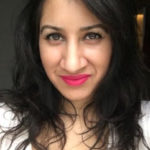 Shama Rangwala is a Faculty Lecturer in Women’s and Gender Studies at the University of Alberta and holds a PhD in English and Film Studies. Shama’s intermedia and interdisciplinary research focuses on the ideological adaptations of white supremacy and capitalism. Her writing has appeared in Scope, Rabble, Jacobin, Public, Canadaland, and English Studies in Canada. She is also the founding editor of Pyriscence, a culture and politics magazine, and a regular contributor to TV news panels, podcasts, and other media. 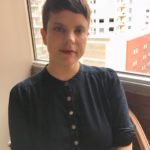 Beth Capper is a Postdoctoral Fellow in the Departments of English and Film Studies and Women’s and Gender Studies at the University of Alberta, where she is completing a book on 1970s feminist cinema and the politics of gendered labor. Her articles have been published in Art Journal, Media Fields, Third Text, TDR: The Drama Review, and GLQ: A Journal of Lesbian and Gay Studies. Beth has programmed film series and screenings in New York, Chicago, and Providence, RI (US).