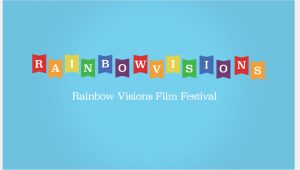 Rainbow Visions is Edmonton’s premier LGBTQ2+ film festival and is dedicated to showcasing new and emerging filmmaking talent within the genre. The annual festival is set to take the stage November 4 – 14, 2021 and offers a brand new lineup of curated films that will screen online.

Rainbow Visions is one of two film festivals produced by Global Visions Festival Society, along with sister festival NorthwestFest.

For the full festival lineup of online films, visit rainbowvisions.ca.