Metro Cinema is a community-based not-for-profit society devoted to creating and fostering opportunities for the exhibition of diverse, unique shared viewing experiences in Edmonton, Alberta, Canada.

Film and media arts are a means of communication, discussion, and education.

In providing opportunities for diverse communities and programming.

We facilitate engagement and interaction between audiences and the content through unique shared experiences.

We provide opportunities for the public to curate programming, and partner with community groups to host film festivals and special events.

Metro Cinema operates with the ongoing assistance of a large volunteer base, keeping our programming as affordable as possible for our patrons.

How Do I Get Involved:

Metro Cinema has many ways for people to get involved as volunteers with the society.  Volunteers assist in setting up screenings and events, running concession and bar, designing posters and promotional materials, hosting and introducing screenings and events, and by getting involved in the society’s board and committees. You can fill out our volunteer application form. 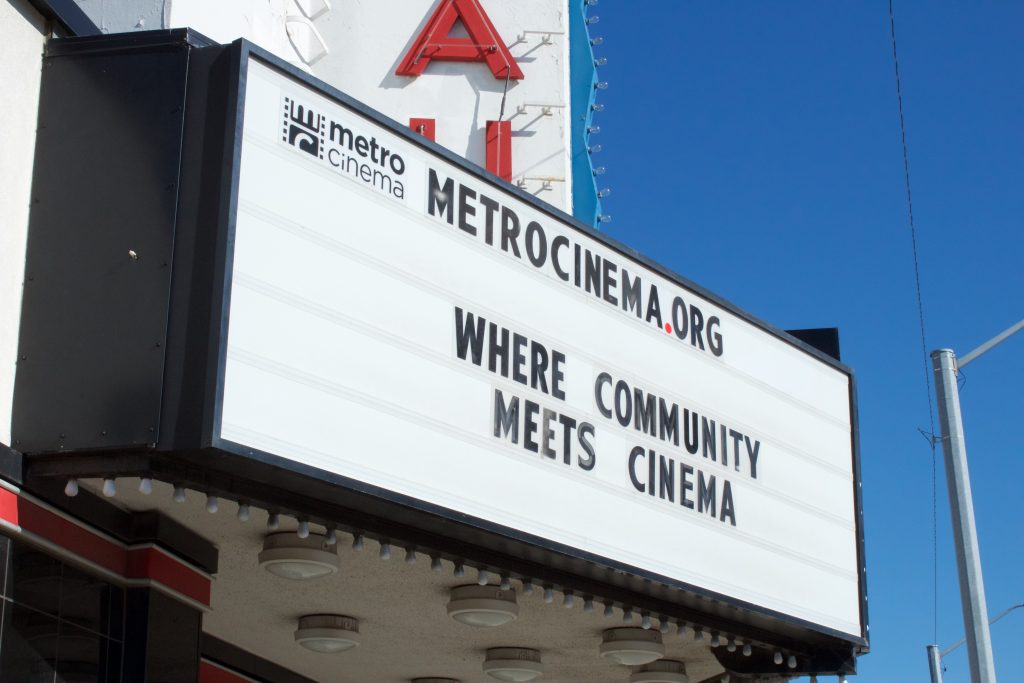 Metro Cinema wishes to recognize that we work and live on Treaty No. 6 territory of the First Nations; the Cree, Nakoda Sioux, Stony, Saulteaux, Cree-Iroquois, and traditional lands of indigenous peoples including the Métis, with holdings beyond the official treaty with the Crown.

Metro Cinema is committed to providing a safe environment to all attendees, staff and volunteers. Racist, sexist, homophobic, transphobic, abusive, or discriminatory language or behavior of any kind will not be tolerated. We reserve the right to remove any patron creating a hostile environment. You can read the full policy here.

Metro Cinema wishes to recognize that we work and live on Treaty No. 6, territory of the First Nations—the Cree, Cree-Iroquois, Nakoda Sioux, Saulteaux, and Stony—and on the traditional lands of Aboriginal peoples including the Métis, with holdings beyond the official treaty with the Crown.